– Real-life time/weather (unsure of if this means the weather and day/night cycle will match where you live or what…)
– Geometry issues at the Airfield have been fixed
– 1080i support for PS3
– New music tracks included
– Searching for online games returns more information than before
– All cars online now show damage instead of just your own
– Player called out for being ahead in all of Today’s Best categories
– Various bad respawns have been fixed
– Issue with checkpoints not being placed properly on the map have been fixed
– Ability to invert the camera controls
– EasyDrive now closes after 20 seconds of inactivity
– Ability to view challenge and leaderboard lists without leaving online games
– Custom soundtrack support for PS3 (MP3, AAC, ATRAC formats supported, WMA *not* supported)
– Improved graphics on SDTVs for PS3 (see http://www.criteriongames.com/forum/vie … 6&start=20 for details)
– User-created liveries for the Kitano Hydros, Hunter Oval Champ and Carson Inferno Van
– Sirens on Police vehicles
– Classical music from Picture Paradise now in the regular game playlist
– Improved sound effects
– 40 total Paradise Drives for Ranked Races consisting of:
+ 7 user-created races (see http://criteriongames.com/article.php?artID=72 for more info)
+ 10 checkpoint races (see http://www.criteriongames.com/article.php?artID=121 for more info)
+ 23 point A to point B races- Players leaving will no longer cancel the current freeburn challenge and the game will just act as if the player that left had completed his part, allowing the rest of the players to attempt to finish the challenge (except for the new Timed Challenges)
– 70 new Multipart Challenges
– 70 new Timed Challenges with Leaderboards
– Live frontpage/»game calendars»:
+ Specific events on certain days and exclusive cars for use in them
+ Live frontpage as you start the game shows Criterion news as well as what you’ve done recently and what’s popular online (see http://www.flickr.com/photos/criteriongames/2436954704/)
– Mute specific players at will from the Show Players screen
– Global Paradise News page shown with daily news on login
– Game calendars will be used to unlock new liveries and other things
– New Freeburn game modes (see http://criteriongames.com/article.php?artID=114):
+ Freeburn Stunt Run (team version might be included as well, see http://www.youtube.com/watch?v=WsUCjKzZB4M)
+ Freeburn Marked Man

– Turn signal/road sign navigation is much more accurate
– Fixes, changes and balancing for Ranked Races consisting of:
+ A reset of the leaderboards on Cagney’s release
+ Traffic always on
+ No custom routes allowed
+ All sanctioned routes have their own time leaderboards
+ Starting grid order based upon Ranking, better ranks start out towards the back of the pack
+ Car limits based on Boost levels instead of licenses to encourage more diverse car selection
+ Car selection screen comes up after the race is shown allowing everyone to see the race before car selection
+ Additional tuning to how Boost is earned while racing
+ Hosts no longer allowed to kick other players
+ Quitters will no longer be penalized only 100 points, but will be treated as if they came in 8th place
+ New map icons for the start and finish of races on map and minimap
+ Rounds no longer exist, all ranked races consist of just one race
+ All players start ranked races with full boost bars
+ Amount of time before race is terminated after the winner crosses the line has been increased from 20 seconds
+ Specific traffic density per Paradise Drive- A potential fix for the streaming bug that causes you to stop in place during a race
– A potential fix for the bug causing people to join the newest rooms by default, leaving yours empty and lonely
– A potential fix for the invincibility glitch and other glitches related to the junkyard (unconfirmed)
– Rankings and points properly updated between each series of races
– A potential fix for the impossible Road Rules times
– Canadian leaderboard (according to podcast 26)
– Choice between rotating and fixed minimaps (unconfirmed at this time)
– Other unannounced fixes, additions and changes 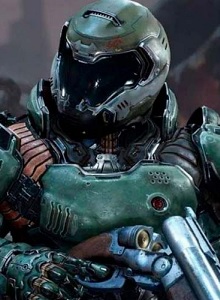