TOKYO and SAN FRANCISCO, Calif., March 7, 2007 – Sony Computer Entertainment Inc. (SCEI) today announced the unveiling of a first-of-its-kind 3D online user community service for the PLAYSTATION®3 (PS3™) computer entertainment system. The service, known as “Home,” will enable users to create their own avatar and explore a real-time virtual community, as if they are playing a detailed 3D game for PS3. The service will become available globally beginning in fall 2007.

Home will be demonstrated at the Game Developer’s Conference (GDC) in San Francisco, California on March 7 as a key element of SCEI Worldwide Studios’ President Phil Harrison’s keynote presentation titled “Game 3.0: Developing and Creating for the 3rd Age of Videogames.”

Home is a real-time online 3D, networked community available on the PLAYSTATION®Network. It allows PS3 users to interact, communicate, join online games, shop, share private content and even build and show off their own personal spaces to others in real time. Home will be available as a free download from the PLAYSTATION®Store and will launch directly from XMB™ (XrossMediaBar) on PS3.

With an avatar uniquely customized according to each user’s preference, users can explore the 3D community that is Home – a sleek, modern environment featuring spacious common areas; custom spaces dedicated to specific games; and personal apartments. Each user is assigned an apartment in Home where they can invite others to join them as they show off their own style in an area they can personalize themselves with furniture, art and other items – even a different view from their windows. They can also show their personal video, pictures and other digital media content found on their PS3 hard drives in their apartments. Very rich interactive communication with others is achieved through built in text, audio and video chat, along with sophisticated emotional animations for each character.

Sharing continues in the “Hall of Fame,” where users can display new 3D trophies that will be unlocked through in-game milestones for the games they own as well viewing the trophies of other users across the PLAYSTATION Network and for other games they’ve yet to purchase.

“This is a significant step forward in the area of user community services and emergent entertainment experiences,” said Izumi Kawanishi, Corporate Executive and CTO Software, SCEI. “While the 3D graphics demonstrate the power of PS3 and the PLAYSTATION Network, the most impressive feature in Home is the variety of ways in which multiple consumers, as well as our third-party partners, can experience the next generation of communication by interacting and sharing among each other. I feel strongly that this unique blend of community, user-generated content, collaboration and commerce will expand the future of computer entertainment.”

Home will go into a closed beta test this spring with a full launch targeted for later this year. By having a broad range of business partners participate in Home – from 3rd party publishers and developers to brands outside traditional gaming categories – along with a powerful selection of upcoming game software titles for PS3, SCEI will continue to expand the horizons of networked entertainment and vigorously promote PS3 as the next generation computer entertainment platform. 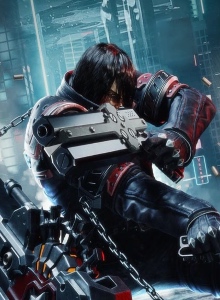